First of all, let me admit that this question hits me where it hurts. Sometimes the truth hurts. This one hit “hard and heavy” big time from all corners. It is a series of dilemmas I have been trying to figure out.

It should be for every African who cares about Africa and her people. I will not just complain about issues, I will propose some solutions from an African perspective.

“Africa is not poor, it is poorly managed”. Ellen Johnson-Sirleaf.

Our resources enrich the rest of the world, but Africa. Without our resources, forget about electronics (computers, cell-phones, etc), without Ghana and Ivory Coast, forget about chocolates, without DRC, Botswana, and South Africa, forget about fancy marriage rings, and jewerly or anything else. This list is endless.

Africa is rich – in potential mineral wealth, skilled workers, booming new businesses and biodiversity. Its people should thrive, its economies prosper. Yet many people living in Africa’s 47 countries remain trapped in poverty, while much of the continent’s wealth is being extracted by those outside it.

The countries of Africa are collectively net creditors to the rest of the world, to the tune of $41.3 billion in 2015, according to a new analysis (The Honest Accounts 2017 report by Global Justice Now) of the amount of money flowing in and out of the continent. Thus much more wealth is leaving the world’s most impoverished continent than is entering it. African countries received $161.6 billion in 2015 – mainly in loans, personal remittances and aid in the form of grants. Yet $203 billion was taken from Africa, either directly – mainly through corporations repatriating profits and by illegally moving money out of the continent – or by costs imposed by the rest of the world through climate change.

• African countries receive around $19 billion in aid in the form of grants but over three times that much ($68 billion) is taken out in capital flight, mainly by multinational companies deliberately misreporting the value of their imports or exports to reduce tax.

• While Africans receive $31 billion in personal remittances from overseas, multinational companies operating on the continent repatriate a similar amount ($32 billion) in profits to their home countries each year.

• African governments received $32.8 billion in loans in 2015 but paid $18 billion in debt interest and principal payments, with the overall level of debt rising rapidly.

• An estimated $29 billion a year is being stolen from Africa in illegal logging, fishing and the trade in wildlife/plants.

Africa is not poor. Whilst many people in African countries live in poverty, the continent has considerable wealth. A key problem is that the rest of the world, particularly Western countries, are extracting far more than they send back. Meanwhile, they are pushing economic models that fuel poverty and inequality, often in alliance with African elites.

Africa is generating large amounts of wealth and, in some ways, is booming. For example, the largest 500 African companies recorded a combined turnover of $698 billion in 2014. In 2015, countries in Africa exported $232 billion worth of minerals and oil to the rest of the world. The value of mineral reserves in the ground is of course even larger – South Africa’s potential mineral wealth is estimated to be around $2.5 trillion while the untapped mineral reserves of the Democratic Republic of Congo are estimated to be worth an astronomical $24 trillion.

These are very large numbers but various reasons explain why the majority of people in Africa do not benefit from them, and why the present mode of minerals extraction actually leads to impoverishment. These include: 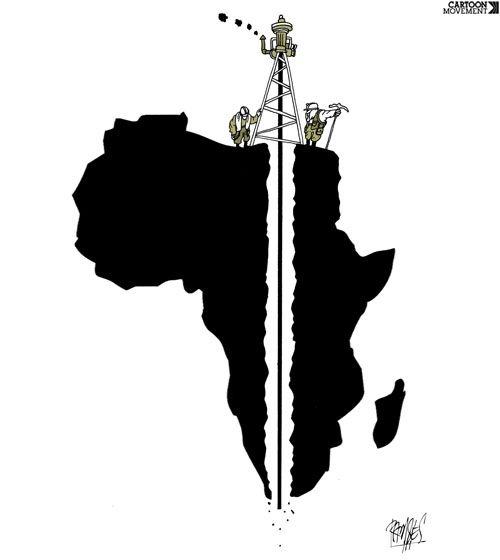 The key task is to dismantle the system extracting wealth from Africa. This requires action by African civil society organisations to press for change in their countries, and action by civil society organisations in the countries that are enabling this wealth extraction to take place, such as the UK. Global elites have no intrinsic interest in changing a system that benefits them. It is critical for civil society organisations to expose the role of multinational corporations and Northern governments in impoverishing Africa and to step up their work in building coalitions to end tax dodging and other unfair resource transfers out of Africa. We highlight nine policies that are needed to help reverse the resource flows (although this list is not exhaustive): 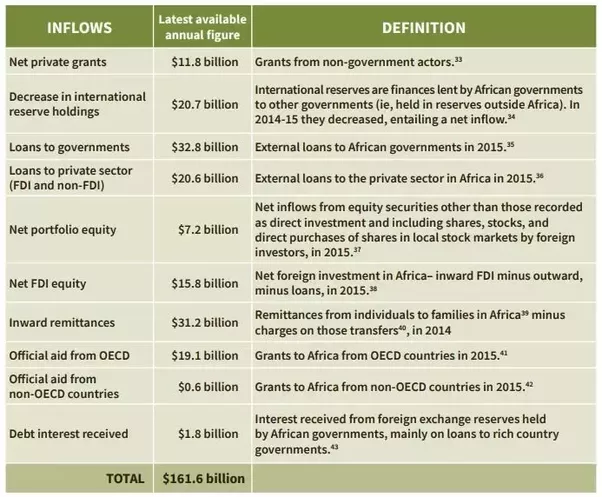 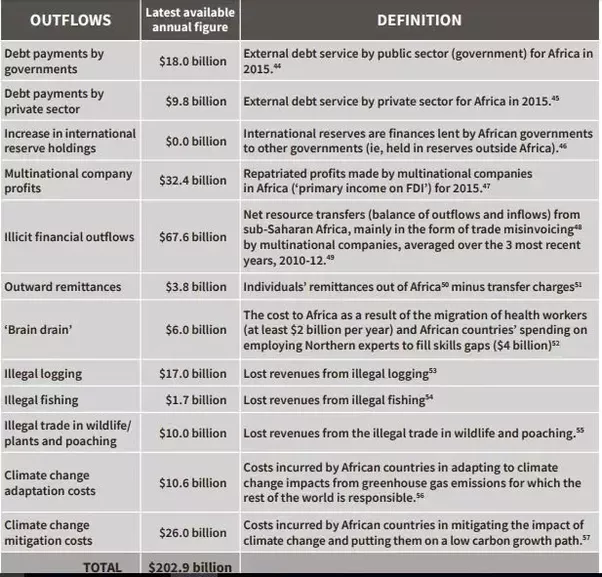 “ Africa does not need aid”. Most of her resources are stolen every year for over 120 years now. From the invasion of Africa in the end of 20th century, to colonization, and today with neo-colonization. Different forms each time, but same results. See below how much money we lose each year. A net loss of $41 billion dollars in 2017. The loss keeps growing every year. We don’t need your aid. We don’t need your “peanuts”.

I will go to the World, and when I come back, I will Liberate my people. View more posts